Prepare to be transported into a sensual world of possibility by this lush, heart-wrenching and gorgeously-written love story. Brimming with passion, intrigue, extraordinary characters and astonishing surprises, ESCAPEMENT will arouse the senses and seduce readers of every persuasion.

Cristofer Vaughn’s star is poised to rise. Everyone expects the dashing and gifted composer to soar to the heights of musical genius—an expectation that terrifies the young artist as much as it drives him.

Walking into the fire with Cristofer is his housekeeper, Henri, a passionate and handsome young woman who takes pleasure in dressing as a man. Tending to her famed employer’s domestic needs, Henri crafts a carefree life of routine and diversion behind which she hides the truth of a dark and tragic past. Possessed herself of an extraordinary musical gift, she loyally steers her employer through the tempestuous trials of his artistic and romantic pursuits—while carefully guarding his most closely-held secret.

But Henri’s deceptively simple life is ripped apart when a wealthy and ruthless patron grants Cristofer a spectacular commission, then unwittingly hires Henri—whom he believes to be male—to give piano lessons to his alluring wife, Ava.

The tension intensifies as Cristofer struggles to create music of epic proportions while Henri’s heart is swept away by Ava and a love more powerful than any she has ever known or imagined possible.

The ensuing entanglements rise to a dangerous pitch when Cristofer’s patron catches wind of a perverse duplicity within his circle and quickly mobilizes his henchmen to target the threat. Soon the only hope for Cristofer and Henri’s survival depends on one publicly exposing the other’s hidden truth—an act that would defy the bonds of love and friendship and bring all their lives crashing down.

Will Henri sacrifice her heart to stop the oncoming tragedy? Or will she find a way to save both her friend—and her truest love?

Exploring the boundaries of love, beauty, artistic pursuit and the gaping wounds wrought by secrets, ESCAPEMENT delivers a breathtaking testament to the redemptive power of human creativity and the enduring light of our passions.

KRISTEN WOLF is an award-winning author, creative and wondernaut living in the Rocky Mountains. A graduate of Georgetown University, she was nominated to the Phi Beta Kappa honor society and received an M.A. from the prestigious creative writing program at Hollins University. Her debut novel, THE WAY, was hailed by O, The Oprah Magazine as “A Title to Pick Up Now!” Her novel, ESCAPEMENT recently won the 2018 Best Indie Book Award™. 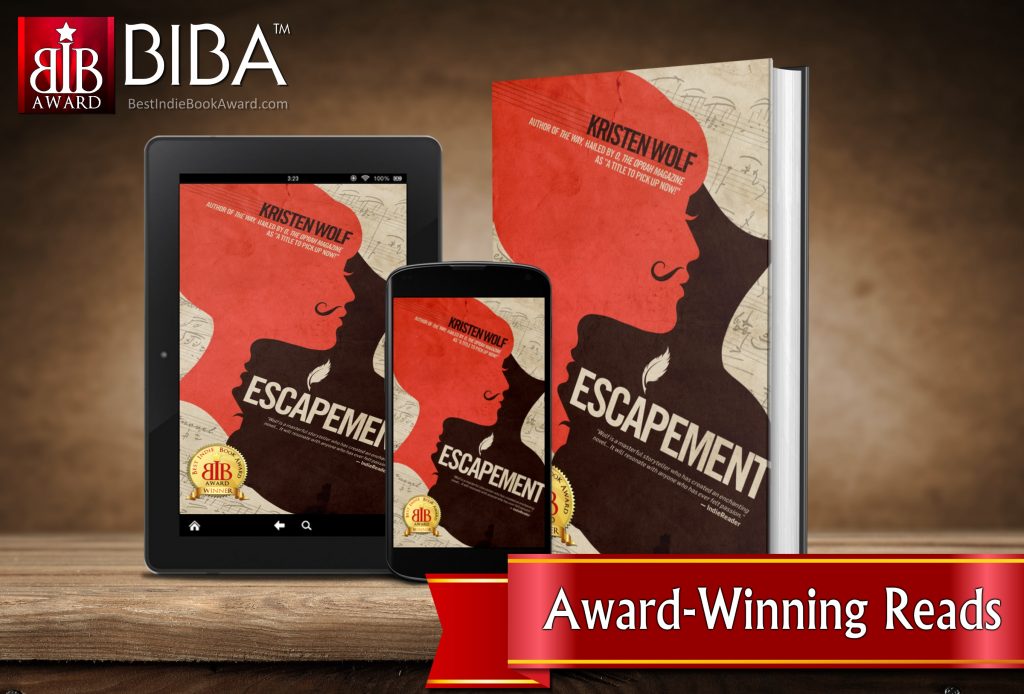