Topher and Skibby are well on their way to freedom after a desperate escape from their ancient cotton plantation—until catastrophe strikes. What begins as a journey of hope and optimism quickly turns to disaster as their chance at freedom disintegrates into a choice between slavery or death … until the timely intervention of a Seminole war party separates the brothers and triggers a chain of events that sets them on perilous new journeys during the Seminole Wars.

Kindred Spirits is a thrilling, fast-paced escape into an often-untold and forgotten part of America’s history and heritage.

Kevin Brown is a writer, designer and traveler. Born in Southern California, Kevin has enjoyed a lifetime of adventure, having called New York, London, San Francisco, Seville, the Azores and currently Santa Fe, New Mexico home. He earned a Master’s degree in Architecture from Tulane University in New Orleans, the city of his parents’ birthplace. Kevin is the author of Kindred Spirits and Stupid Sh*t We Did in College… (and stuff), and is a member of the American Institute of Graphic Arts and the Screen Actors Guild-American Federation of Television and Radio Artists.

See more about Kevin on: 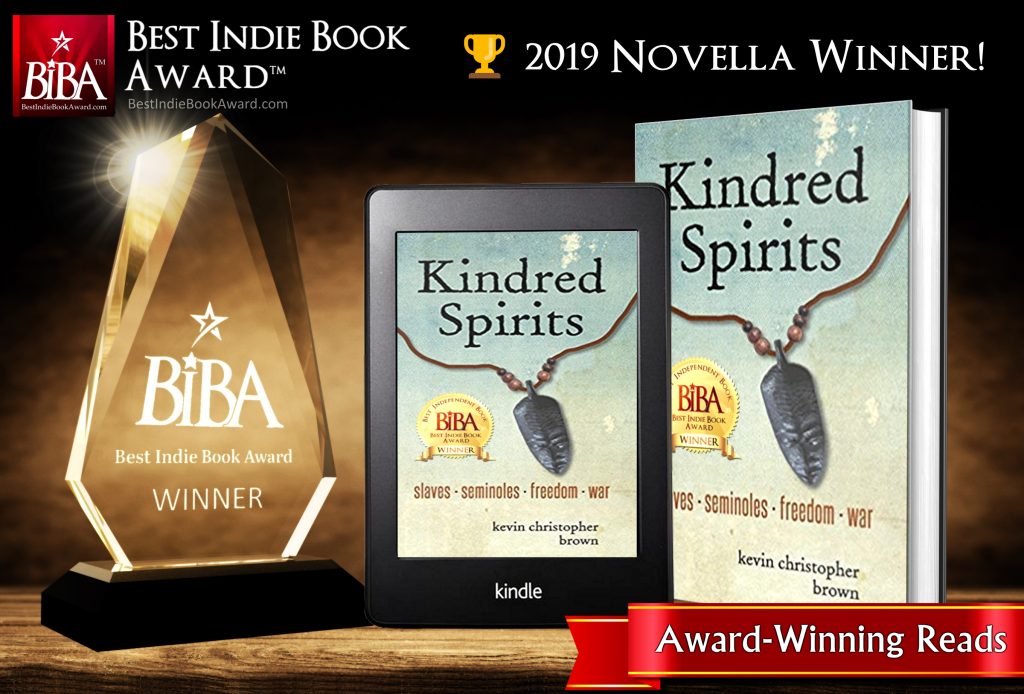