🏆 2018 BIBA™ Action Winner! When the solar flares first erupt, Cameron tries to rationalize the disaster away. The electrical grid will come back up. The government will reassure the panicked populace. The hurricanes, tornadoes, and earthquakes will abate. Most importantly, Cameron’s husband and daughter will get home safely from New York City.

Instead, Cameron finds herself alone as the world tears itself apart.

Her best hope for refuge is the family’s isolated cabin, but distance isn’t the only obstacle Cameron faces. Society has been destroyed, and a bunch of scared, confused people are trying to figure out how to survive. They need a leader with a firm grip on reality and a steady hand, but does Cameron want the responsibility of so many lives?

Meanwhile, Cameron’s family travels across a ruined America in a quest to reunite with her. Alex believes that his wife is safe at their cabin in the Pacific Northwest, but he doesn’t know if his diabetic daughter, Piper, can survive the journey without access to insulin. As father and daughter fight to survive, they bear witness to not only the horrific violence desperation unleashes but also the grace and compassion of ordinary people.

Matthew D. Hunt is proof that it’s never too late to follow your dreams. As he reached middle age, he was inspired by film icons Richard Hatch and Tony Todd to rework his entire life and pursue a career as an independent film producer/writer where he rapidly became known for his unique ability to guide the creative process. Now with numerous projects under his belt such as “5th Passenger”, “Junkie”, and “Nobility”, he makes his novel debut with Solar Reboot.

See more about Matthew on: 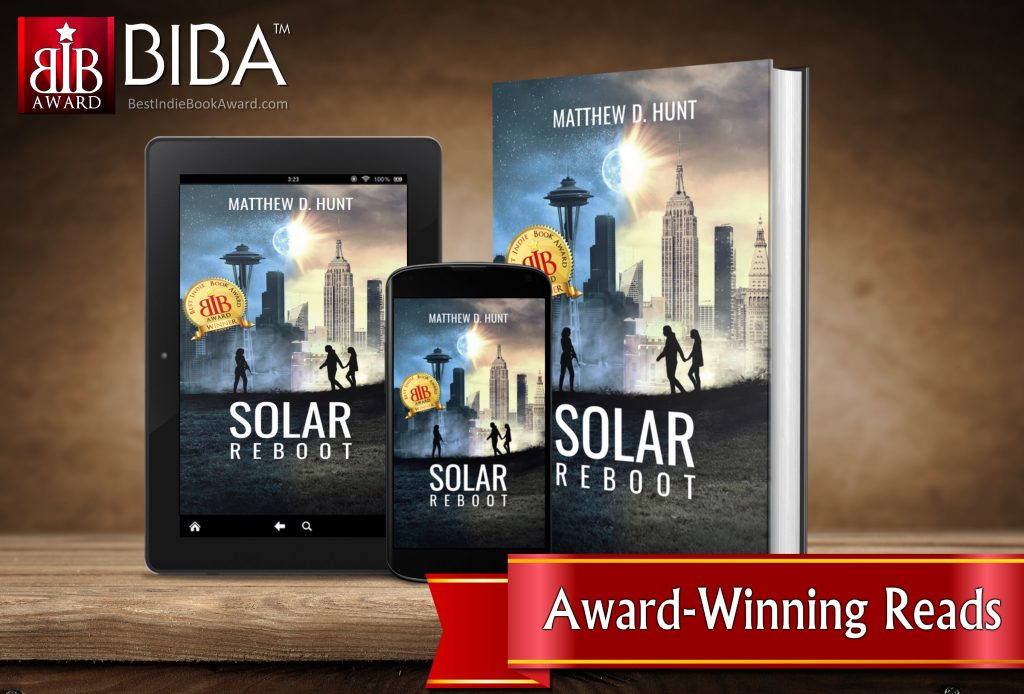